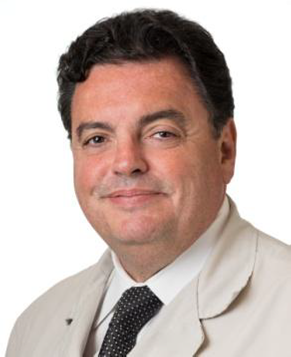 Dr. Abecassis is a renowned transplantation surgeon at the Northwestern University Feinberg School of Medicine who has demonstrated outstanding leadership qualities in academia, in the clinic and throughout his career in medicine – a career that spans over 30 years. Dr. Abecassis is the Director of the Comprehensive Transplant Center of the Feinberg School of Medicine.  He is also the Chief of Transplant Surgery in the Department of Surgery at Feinberg and a James Roscoe Miller Distinguished Professor of Medicine at Feinberg.

Dr. Abecassis has received continuous funding from the National Institutes of Health (NIH) for the past 15 years. He is the principal investigator in research that includes both laboratory and clinical studies. He is also the principal investigator of the clinical core of the NIH Genomics of Transplantation Cooperative Research Program. Dr. Abecassis has trained numerous clinical and research fellows.

Dr. Abecassis is a member of many national and international professional societies, including the Society of University Surgeons and the American Surgical Association and was President of the American Society of Transplant Surgeons 2010-2011. He has served and continues to serve on the Editorial Boards of major scientific journals (Hepatology, Surgery, Transplantation and Liver Transplantation) and is a reviewer for all major journals related to surgery and transplantation. He has served as a member of NIH grant study sections and special emphasis panels relating to both transplantation and virology.  He is a permanent member of the National Institute of Allergy and Infectious Diseases (NIAID) study section for career development and training grants.

Dr. Abecassis has been a course director for the American Society of Transplant Surgeons Leadership Development Program since 2010 and was course director for the Advanced Leader Development Program in 2013 at Northwestern’s Kellogg School of Management. He was a voting member of the Medicare Coverage Advisory Committee and served on the United HealthCare Group Physician Advisory Board on Healthcare Performance and Quality. Dr. Abecassis has been a member of various local, regional and national regulatory committees and has published seminal papers on both the regulatory and financial aspects of transplantation, including the Healthcare Reform and the Affordable Care Act.

Daniel C. Allen is an experienced CEO and public company director with significant investment, financial and operational experience. Currently, Mr. Allen is the Managing Partner of Corona Park Investment Partners, LLC, a firm he founded, and the Executive Chairman on the Board of Directors of Zagg, a global leader in mobile accessories and technologies. He also served as a Director of SharpSpring, Inc. and as the CEO and Director of Evercel, Inc. Prior to forming Corona Park Investment Partners, LLC, Mr. Allen worked for nearly a decade at Bain Capital where he led more than a dozen investments in venture and late-stage technology companies. He also served as a strategy consultant at McKinsey and Company. Mr. Allen received an undergraduate degree in Economics from Harvard College and an M.B.A. from Harvard Business School.

Daniel S. Farb is an experienced investor and public company director. He is currently the Managing Member of Mill Pond Capital. Previously, Mr. Farb served as a Director of Meg Energy Corp. and as a Managing Director at Highfields Capital Management. Mr. Farb has also worked at Goldman, Sachs & Co. in the Mergers & Acquisitions and Principal Investment Groups. Mr. Farb is a graduate of the Harvard Business School, and holds a Bachelor of Commerce Degree from McGill University.

Jonathan L. Schechter is an experienced public company director with expertise in capital allocation and mergers and acquisitions having worked with public companies for over two decades, including ten years of legal experience and fourteen years of investment banking experience. He is currently a partner of The Special Equities Group, a division of Dawson James Securities, Inc., a full-service investment bank specializing in healthcare, biotechnology, technology and clean-tech sectors. Mr. Schechter is one of the founding partners of The Special Equities Opportunity Fund, a long-only fund that makes direct investments in micro-cap companies. He currently serves on the board of directors of Synaptogenix, Inc., a clinical-stage biopharmaceutical company. Mr. Schechter earned his B.A. in Public Policy/Political Science from Duke University and his J.D. from Fordham University School of Law. 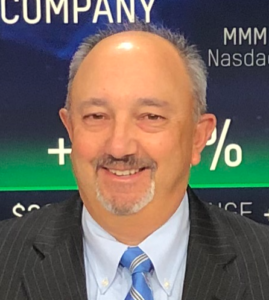 Jack E. Stover is an experienced CEO, public company director and investor with extensive knowledge of corporate governance, capital markets strategies and strategic transactions. He is currently CEO of NorthView Acquisition Corp. and has served as CEO and director of multiple life science companies, including Onconova Therapeutics, Interpace Biosciences, and Antares Pharma, Inc.

Mr. Stover was formerly a partner with PricewaterhouseCoopers (then Coopers and Lybrand), working in the bioscience industry division in New Jersey. Mr. Stover received his B.A. in Accounting from Lehigh University.