Medical and Scientific Advisory Board

Dr. Matthias Löhr - Chair of Medical and Scientific Advisory Board - Professor of Gastroenterology and Hepatology at Karolinska Institute 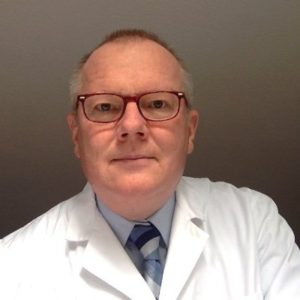 Dr. Matthias Löhr is Professor of Gastroenterology and Hepatology at the famed Karolinska Institute in Stockholm, Sweden, and leads the Pancreatic Team at Karolinska University Hospital. He has served as Professor of Molecular Gastroenterology at the University of Heidelberg with a same-named Unit at the German Cancer Research Center in Heidelberg, Germany. He has worked as a translational scientist and Principal Investigator in clinical studies in gastrointestinal oncology for many years. In addition to being highly published, he has extensive scientific and grant review experience, and he has received multiple awards and distinctions.

Dr. Löhr has also served as a consultant to PharmaCyte in connection with its development of treatments for pancreatic cancer and diabetes using the Cell-in-a-Box® technology. He has expertise in the treatment of both diseases, in addition to thoroughly understanding PharmaCyte’s technology and its use in a clinical setting.

In 2000, Dr. Löhr was appointed Professor of Molecular Gastroenterology at the University of Heidelberg and became Head of the same-named Division at the German Cancer Research Center, which he led until 2010. In 2007, he was appointed full professor of Gastroenterology and Hepatology at Karolinska Institute. In 2017, he received the Golden Link Award from the United European Gastroenterology (UEG) to conduct the first evidence-based European guidelines for chronic pancreatitis and was in charge of the UEG guidelines for IgG4-related diseases.

Dr. Löhr has authored more than 340 original peer-reviewed scientific papers and more than 50 reviews. He has published in all major journals, including Nature, The Lancet, Gastroenterology, and GUT. In addition, he has delivered more than 300 invited lectures at international congresses. He is the author of six books and 40 book chapters. Dr. Löhr has been granted six patents (in Germany and internationally). He is an Editorial Board Member of the Journal of Clinical Medicine, Pancreatology, Scientific Reports, and the World Journal of Gastroenterology.

Dr. Löhr holds a BA in Anthropology & Theology from the University of Kiel in Kiel, Germany, and MD and PhD degrees from the Universities of Hamburg and Rostock. Following receipt of his medical degree, he served a residency in pathology in Hamburg, Germany, and residencies in internal medicine and gastroenterology in Erlangen and Rostock, Germany, where he became chief resident and later attending physician and assistant professor at the University of Rostock. Dr. Löhr has also completed a postdoctoral fellowship at the Scripps Clinic & Research Foundation in La Jolla, California. 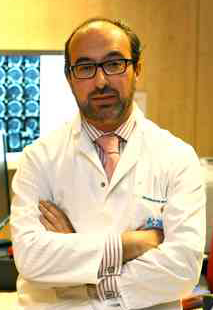 Dr. Manuel Hidalgo, a leading physician-scientist who specializes in pancreatic cancer and drug development.  He serves as the chief of the Division of Hematology and Medical Oncology in the Weill Department of Medicine at Weill Cornell Medicine and NewYork-Presbyterian/Weill Cornell Medical Center.

The Division of Hematology and Medical Oncology provides exemplary, comprehensive cancer care, diagnosing and treating patients with cancer and non-malignant blood disorders, and engaging in cutting-edge research.  In his role, Dr. Hidalgo is expanding and enhancing Weill Cornell Medicine’s and NewYork-Presbyterian’s cancer programs by recruiting outstanding new oncologists and hematologists.  Working closely with the Meyer Cancer Center and other multidisciplinary institutes and academic departments, Dr. Hidalgo is enhancing research and clinical collaborations across the academic medical center.  He is also broadening access to cancer care and clinical trials for underserved populations by leveraging Weill Cornell Medicine’s and NewYork-Presbyterian’s clinical expansions.

Before accepting the job at the Weill Cornell Medicine and NewYork-Presbyterian/Weill Cornell Medical Center, Dr. Hidalgo was at the prestigious Beth Israel Deaconess Medical Center (BIDMC) where he oversaw all BIDMC’s clinical cancer programs.  Dr. Hidalgo’s groundbreaking work in experimental cancer therapy and tumor model development led to key advances in the treatment of pancreatic cancer.

A respected oncologist and premier investigator, Dr. Hidalgo’s work has centered on translational and clinical research in anticancer drug development with a particular emphasis in gastrointestinal cancers.  He has developed, tested and helmed the early clinical development of more than 50 new anticancer agents for pancreatic and other solid tumor cancers.  Three of those agents, including nab-paclitaxel, are now approved by the U.S. Food and Drug Administration for treatment of GI cancers, including pancreatic cancer.  His team also pioneered the development of a personalized cancer model using mice, called mouse avatars, to pre-test cancer treatments.

Dr. Hidalgo formerly served as the Director of the Clinical Research Program and Vice Director of Translational Research at the Spanish National Cancer Center.  From 2011 to 2009, Dr. Hidalgo was Co-Director of both the program for Drug Development and Gastrointestinal Oncology at John Hopkins university in Baltimore, Maryland.

Dr. Hidalgo has been an invited participate or speaker at almost 200 meetings or symposia and co-authored more than 175 scientific articles, 47 review articles, 9 editorials, commentaries and letters to the editors of scientific publications and 8 book chapters.  He is currently a reviewer or editor for several major scientific publications and has been or is a member of several international cancer-related organizations.  Dr. Hidalgo has received funding from major scientific organizations that include the National Institute of Health, the National Cancer Institute, the American Society of Clinical Oncology (ASCO) and the American Association for Cancer Research (AARC). Dr. Hidalgo was the recipient of a Clinical Research Fellowship from the AACR and a Career Development Award from ASCO for his work on epidermal growth inhibitors such as Tarceva®.

Dr Hidalgo’s primary focus now is on the development of novel therapies for pancreatic cancer.  In that regard, Dr. Hidalgo serves as consultant to PharmaCyte. 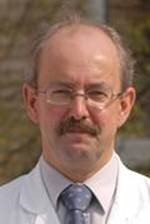 Prof. Hans-Peter Hammes, M.D., is internationally recognized as a preeminent figure in the treatment of diabetes and its complications. As evidence of his standing in the area of diabetes, Dr. Hammes was recipient of the prestigious Camillo Golgi Prize awarded by European Association for the Study of Diabetes at that organization’s 2015 annual meeting. Dr. Hammes graduated from the Medical Faculty Münster (Westfälische Wilhelms-Universität, Münster, Germany) and did his medical training at the 3rd and 1st Medical Department at the University Medical Center in Giessen, Germany. After specializing in endocrinology, diabetology and habilitation, Dr. Hammes was appointed Section Head of Endocrinology at the 5th Medical Department, University Medical Center Mannheim, University of Heidelberg, Germany, a position that he currently holds.

Dr. Hammes was trained in diabetes by the one of the world’s most recognized authorities on the treatment of diabetes, Prof. Konrad Federlin, at the University of Giessen, Germany. Dr. Hames‘ research is particularly focused on the microvascular complications that occur with diabetes, in particular the role of glycemia (blood glucose) and other reactive intermediates in the pathogenesis of retinopathy (damage to the retina of the eye that can result in blindness) that can be a consequence of diabetes. As a consequence of these efforts, he has characterized and refined animal models of diabetic microvascular damage and has examined the possible use of drugs to to reduce such damage. His work in this area extends to his collaborating in clinical studies of the effects of such pharmacologic agents on diabetic retinopathy. In addition, Dr. Hammes has long-standing experience in diagnosis and treatment of the complications of obesity, the risk factors associated with the development of diabetes and overt diabetes itself. He has co-authored more than 200 publications on his work. Dr. Hammes has served as a member of the German guideline committee on diabetic retinopathy and maculopathy (damage to the macula of the eye), and, together with collegues from the Universities of Heidelberg and Groningen, he established an international research training platform to deal with microvascular complications that accompany diabetes. In addition to his appointment to PharmaCyte‘s Scientific Advisory Board, Dr. Hammes is also a consultant to the PharmaCyte Biotech and is a member of its international Diabetes Consortium. 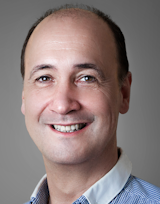 Dr. Brian Salmons received his Ph.D. in London and after research positions in the U.S.A., Switzerland and at the Ludwig Maximilian University, Munich, Germany, he became the Scientific Director of the European biotech/vaccine company, Bavarian Nordic, and was involved in taking the company to IPO. During this time, Dr. Salmons co-invented the “Cell-in-a-Box®” live-cell encapsulation technology that was shown to be safe and efficacious in a Phase I/II clinical trial published in The Lancet.

In 2002, he co-founded the Biotech company, Austrianova, originally a spin out of the Veterinary Medicine University in Vienna and was instrumental in obtaining orphan drug status from the European Medicines Agency for its lead cell encapsulation product to treat pancreatic cancer. In 2007, Dr Salmons co-founded and became the CEO of Austrianova Singapore Pte Ltd, an independent company established in Singapore to further develop the encapsulation technology as products for a variety of indications such as various forms of cancer, diabetes, neurodegenerative, cardiovascular and infectious diseases.

Dr Salmons is the author or co-author of over 120 peer reviewed scientific articles and inventor of 8 patent families. 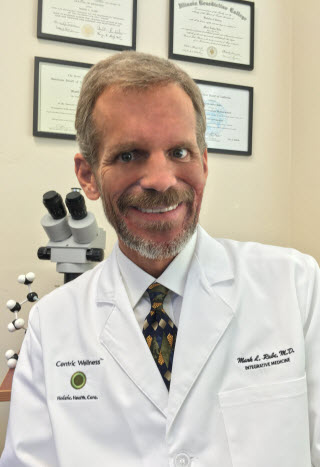 Dr. Mark Rabe is an integrative medicine specialist, experienced business executive and entrepreneur.  He earned his medical degree at Northwestern University  Medical School and practiced medicine for over 30 years.

Over the course of his career, Dr. Rabe has founded, owned and operated a number of successful medical practices and businesses.  Most recently, his Centric Wellness practice in San Diego had over 10,000 patients and an active referral relationship with the University of California San Diego (UCSD) Moores Cancer Center.  The practice offered natural health care services to support patients in attaining optimal health and managing chronic medical conditions. Additionally, he has held a variety of other senior management positions.

Dr. Rabe was Medical Director of a San Diego based e-learning company that developed scientific training programs for physicians, scientists and medical liaisons at companies such as Eli Lilly, Celgene, Amgen, Genentech and others. Noteworthy were the programs that he developed and managed in the areas of chronic pain and cancer.

Dr. Rabe served as Medical Director of Superior Mobile Medics (until acquired by Quest Diagnostics/ExamOne), where he oversaw a workforce of several thousand examiners in all 50 states.  The company specialized in providing mobile health and biometric testing services for the insurance and wellness industries.

Dr. Rabe was instrumental in developing, implementing and directing PharmaCyte Biotech’s Cannabis Program at the University of Northern Colorado, and he currently assists PharmaCyte in overall program development as a consultant. 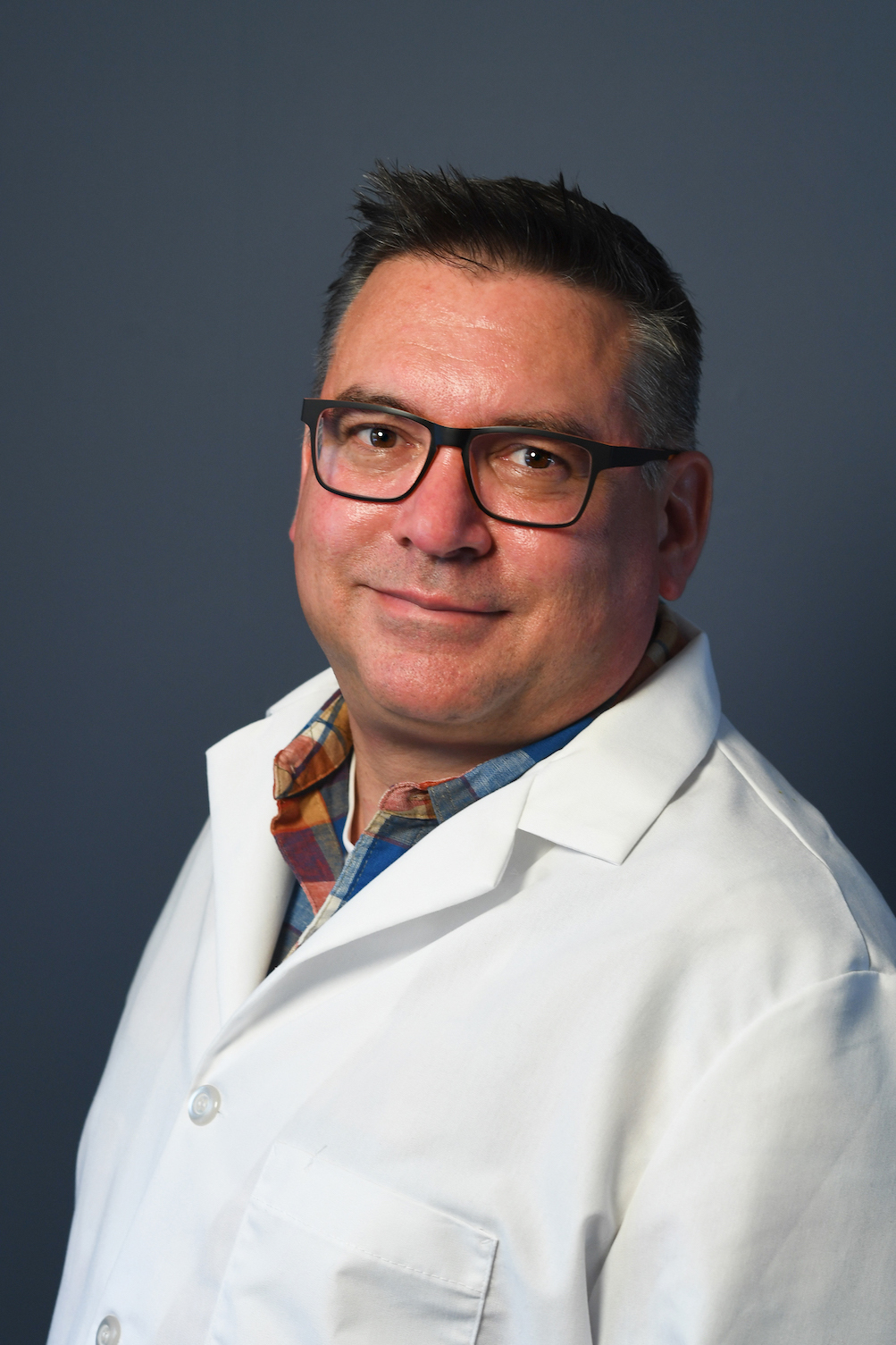 David A. Judd is a graduate of the Biotechnology program at Rochester Institute of Technology, the first Biotechnology program in the United States. He has over 30-years of experience in cell culture and biochemistry in research and in a cGMP environment. Mr. Judd has extensive experience in research and development of cell culture medium and in the growth of human cells, both in the upstream and downstream processes.

Mr. Judd is currently employed by the Grand Island Biotechnology Company (Gibco) and is involved in research, process development and cGMP production of biotechnology and cell therapy processes. He is also involved in regulatory guidance, failure investigations, including root cause analysis, and product investigations and resolutions.

Mr. Judd has been employed by Gibco (now owned by ThermoFischer Scientific) for 29 years and is a co-inventor on 5 patents involving cell culture materials.